The winners of Thailand ICT Awards (TICTA 2015), awarding the makers of best software were announced on August 23rd 2015, at Royal Paragon Hall in Bangkok, Thailand. Thailand ICT Awards were organized by Software Industry Promotion Agency (SIPA), with a goal to make Thai software being recognized in the world stage. The competition had over a hundred teams participating, comprised with 18 different software categories.

This year, Thanawat Malabuppha, the CEO and founder of Priceza.com, the first price-comparison website in Thailand, indeed submitted his software which consist of websites and applications that were created and developed by Priceza team. As a result, Priceza took home the win for the 8th category, which is under Retail & Supply Chain Management. This category deals specifically with software that handles distribution, logistics, and retailing.

Thailand ICT Awards (TICTA) is the organizer for the software competition, which has been supported by Ministry of Information and Communication & Technology and Thai Federation of ICT Technology Association since 2003, right after SIPA (Limited) was founded. TICTA is award annually.

The objective for the event is to search for Thailand’s best software developer to compete in the Asia Pacific stage. The participants for TICTA must comprised of individuals or teams with all Thai nationality developers, or a company with at least 50% of its shares held by Thai investors. The software must also be patented, fully developed and operational to be eligible. Moreover, the competition also encouraged upper secondary students to participate in the junior category as well.

In consideration for the awards, three selection processes were held. The first initial scoring was between May 1st and June 25th, which will be judge on the application and related documents. Selected participants then get to present their software to the judges in the second round. During the final stage, only four teams from each category are selected to showcase their software during the TICTA Expo or TICTA 2015 on August 21st – 23rd, 2015. TICTA 2015 was also part of Mobile Game Fest & Digital Lifestyle 2015 where winners were announced during the event.

The winner from each categories will get the support from SIPA to participate in the Asia Pacific arena, at Asian Pacific ICT Alliance (APICTA) Awards 2015, which will be held in Colombo, Sri Lanka. Participants will be competing for the APICTA Awards this year on November 18th – 25th. APICTA was founded in 2001, and currently consists of 17 nations as alliances including Australia, Bangladesh, Brunei, China, Taiwan, Hong Kong, Indonesia, Japan, Macao, Malaysia, Myanmar, Pakistan, Singapore, Sri Lanka, Thailand, and Nepal. In recent years, Thai software developers were able to take home the APICTA Awards. Let’s send our support to the local talents to reign once again in the Asia Pacific stage! 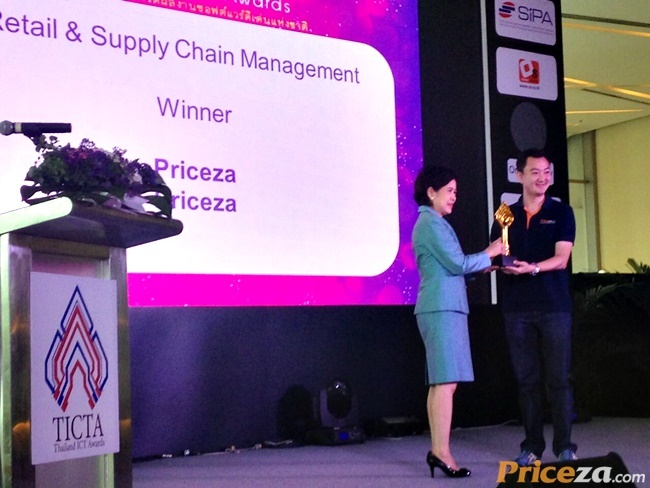